Daughter of fire and sun,

It’s a kind of polyphonic painting, grave and subdued, as bright as a Moroccan earthenware pigmented with Marrakechsun, as cold as the polar mist of a Norwegian morning.
Daughter of the fire and the sun, priestress of a barbarian wedding where the magic weapon would be cast in the forge to cut up the real and then put it back together again on the canvas in a blazing but also sharp and nervous movement elaborately worked to the end of an exhausting night.

Odile Dhorme has been painting since she realized how vital it is for her internal music, for her balance as an artist but also as a committed woman . She isn’t an art activist, she is only uncompromising with her movements whatever the price to pay

A rebellious nature which reminds us just like Klee or Kandinsky after the Bauhaus, that music is everywhere.
She paints on Dead Can Dance, ethnic music, with few songs, no diva, nothing useless or easy. It is a very demanding polyphony which doesn’t hide anything behind a verbiage of colours with its hackneyed pouncing patterns, it’s kind of art for art’s sake. 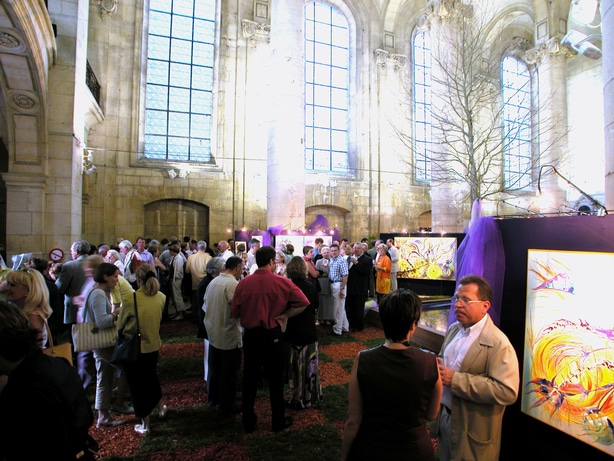 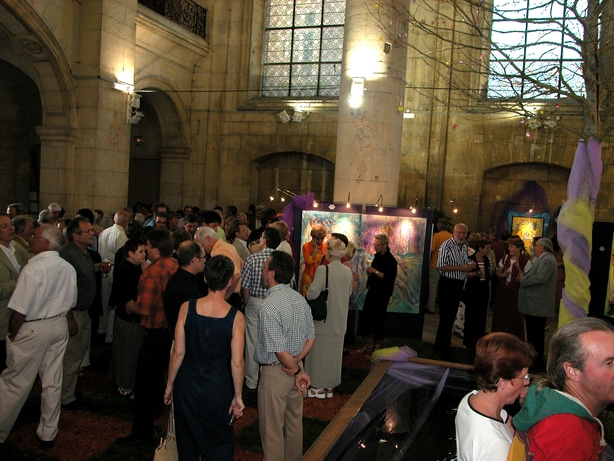 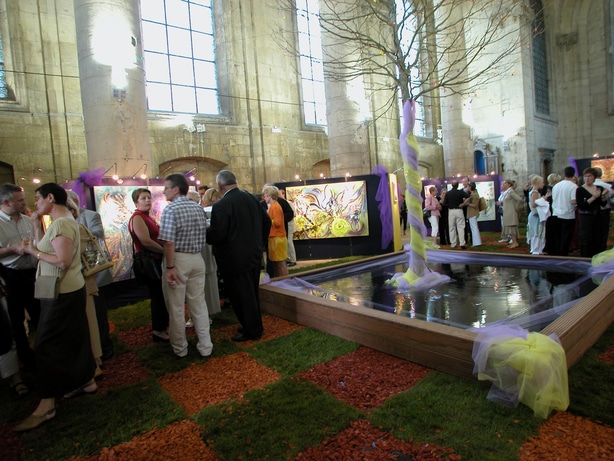 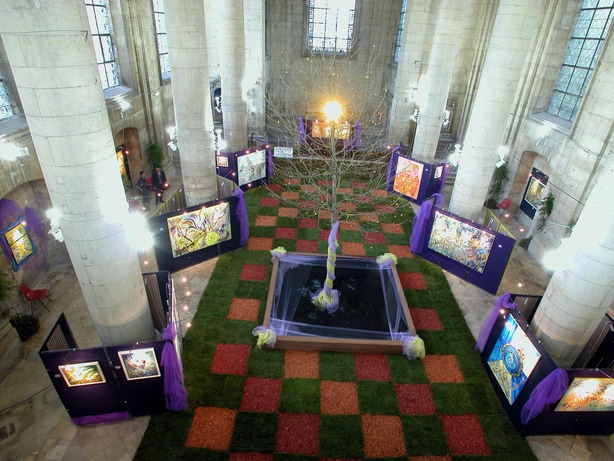 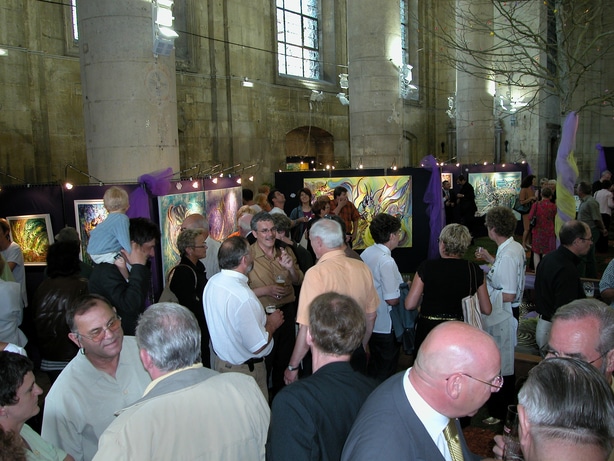